Free shipping on orders over $99

Free shipping on orders over $99

LEvitate has grown over the past 17 years to become something more than the sum of its parts. Levitate no longer just a surf shop, nor just a brand, kids camp, music festival, music venue, or restaurant. We are eternally grateful of all of the moments and people along the way that have led us to the opportunity to become a connector for our local surf, skate, music, and art communities. Our story has led us to where we are today, and we are proud to celebrate our history and continue to look forward to the future.

LEvitate was started in 2003 by bob pollard, who wanted to use his shop to spread his love of surfing and skating in Marshfield and throughout the south shore community. Bob was an uncommonly generous and enthusiastic mentor, friend, and surfer, and his infectious attitude elevated each community and person that he touched. Bob passed away tragically in 2006, just prior to opening his newly expanded storefront in the space that still stands as our headquarters today. Bob left his mark on the lives of many around him, from his closest friends and family, to a crop of local kids that looked up to him as a mentor, many of whom now operate levitate every day. bob founded the entire concept of levitate, and we are eternally grateful to have shared the same space with such an incredible person and to continue to share the vision that he shared with us through his actions and words. WE miss you surfer bob! 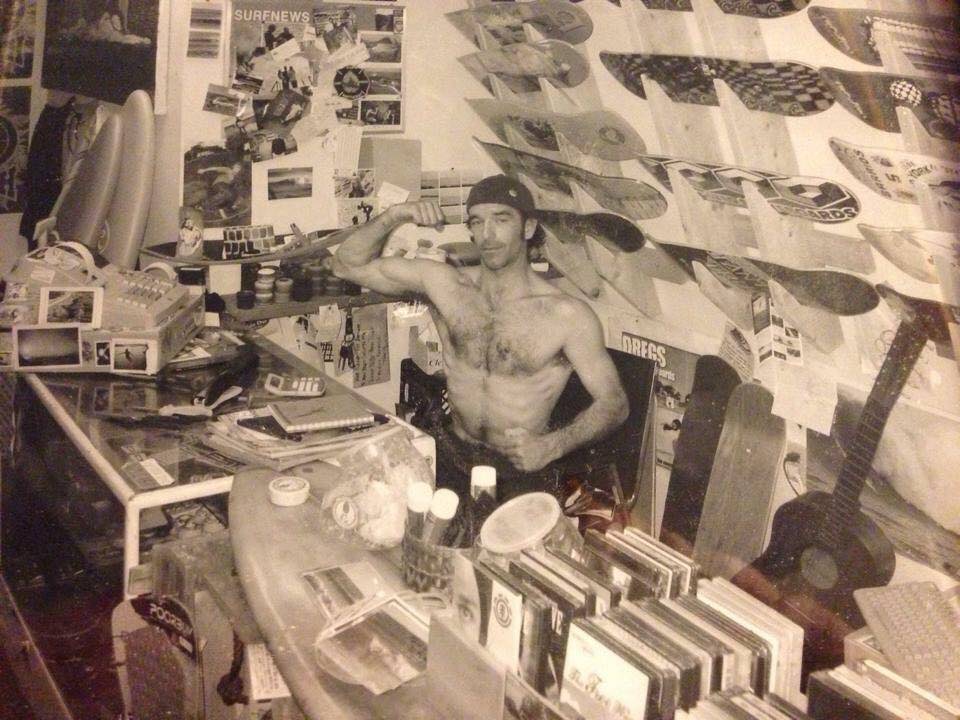 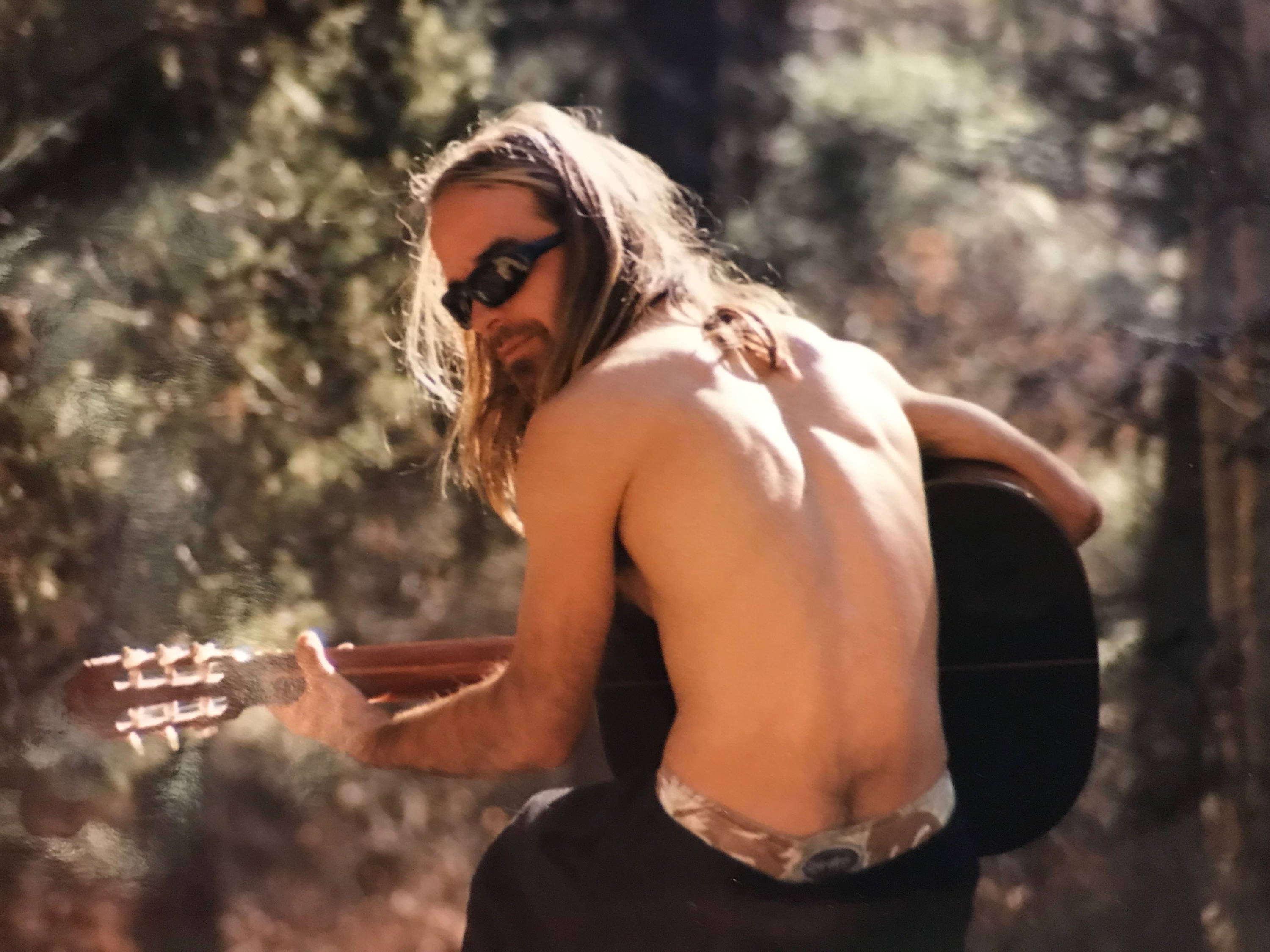 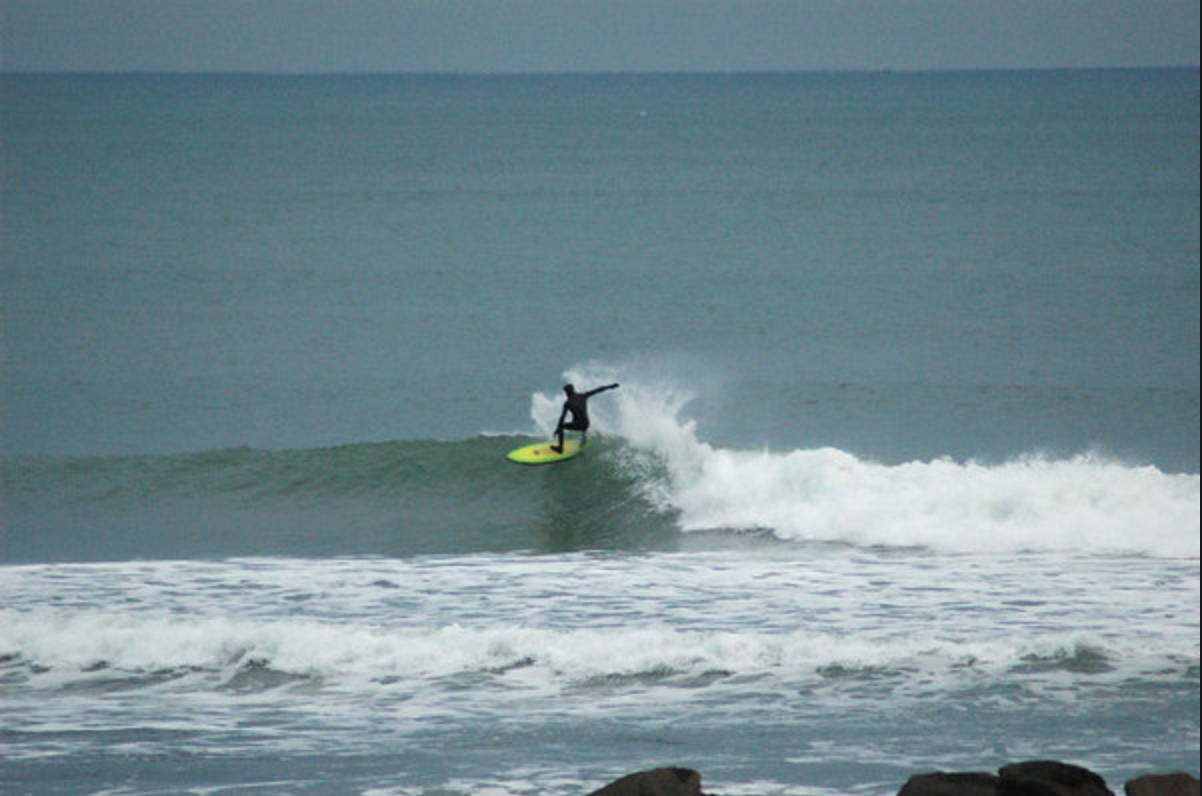 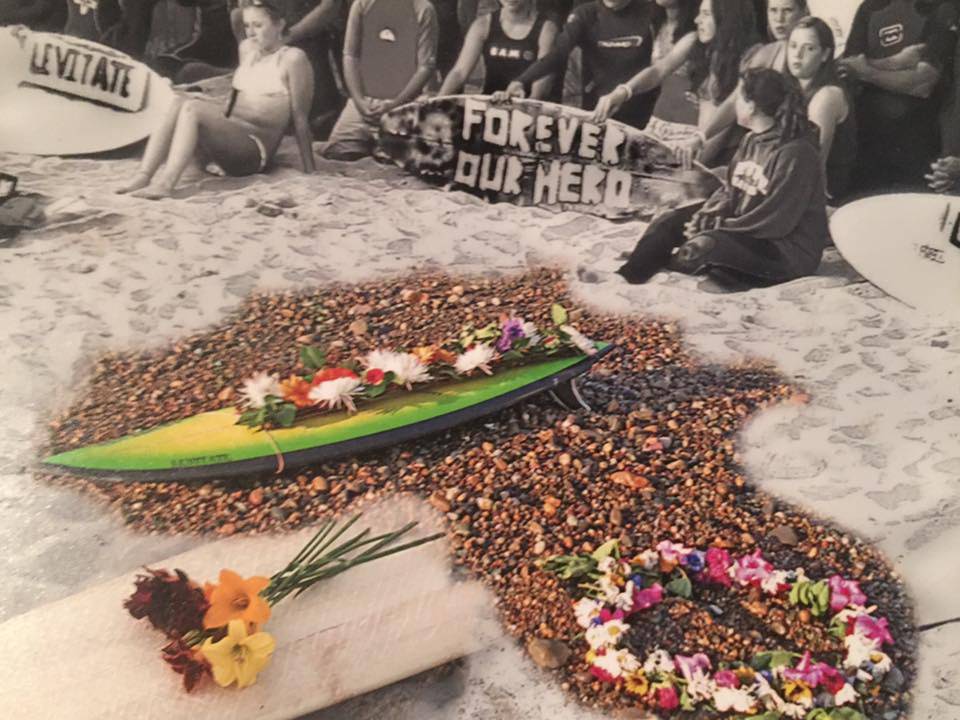 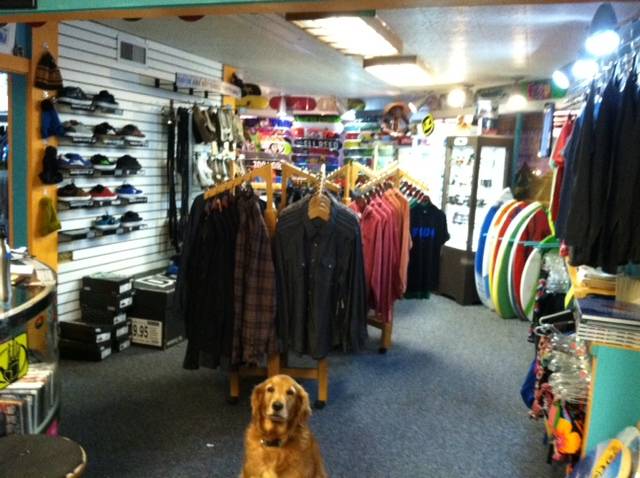 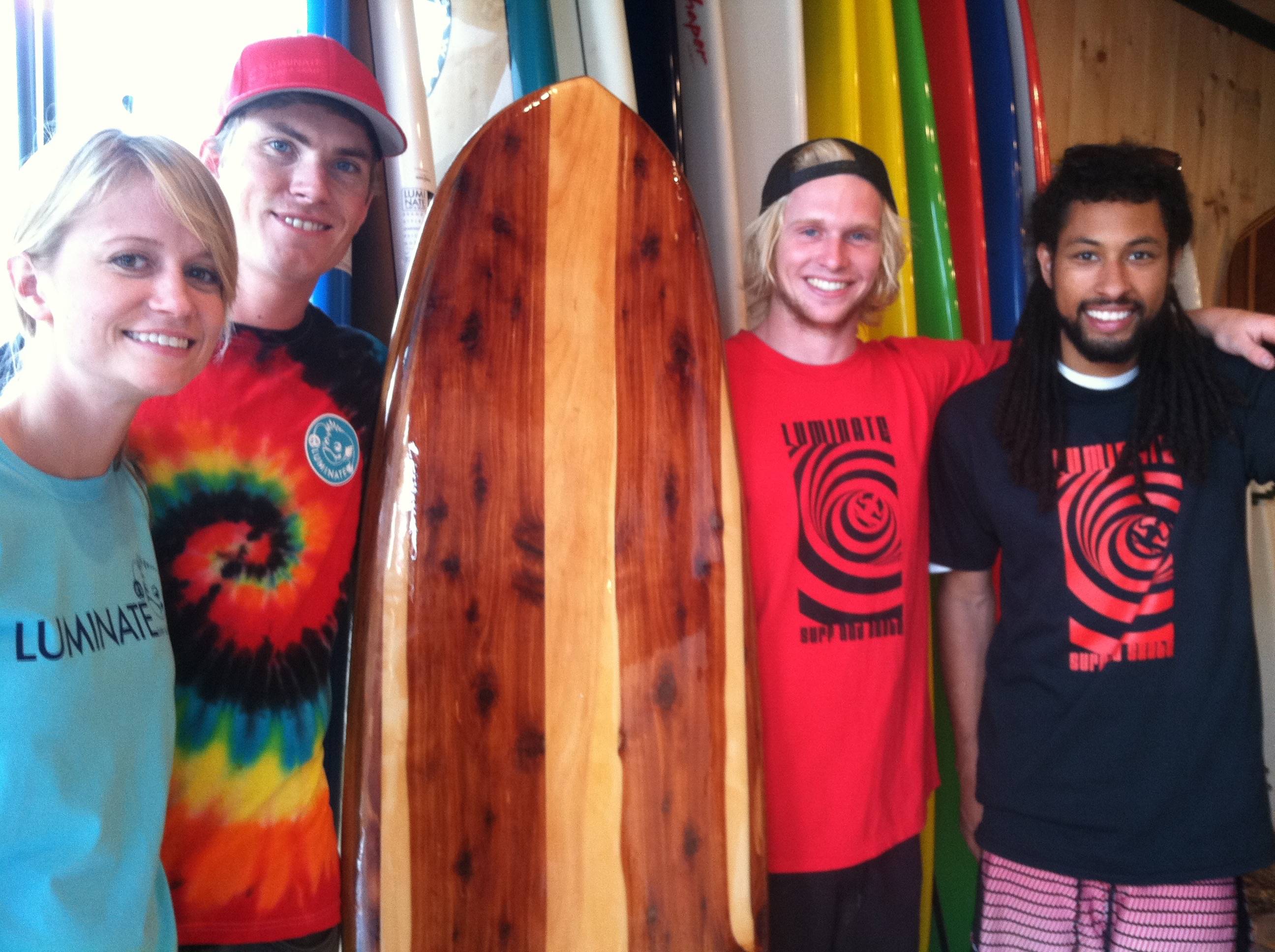 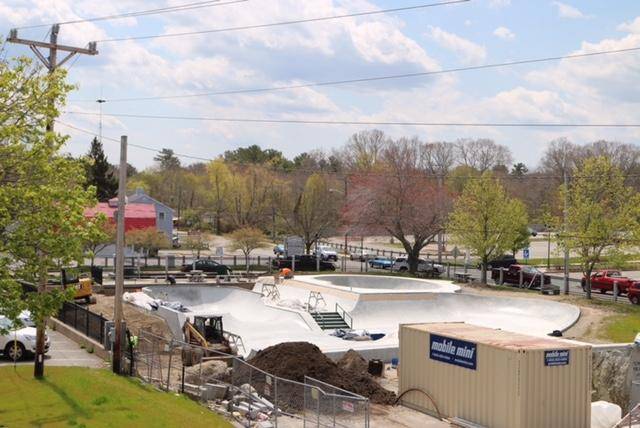 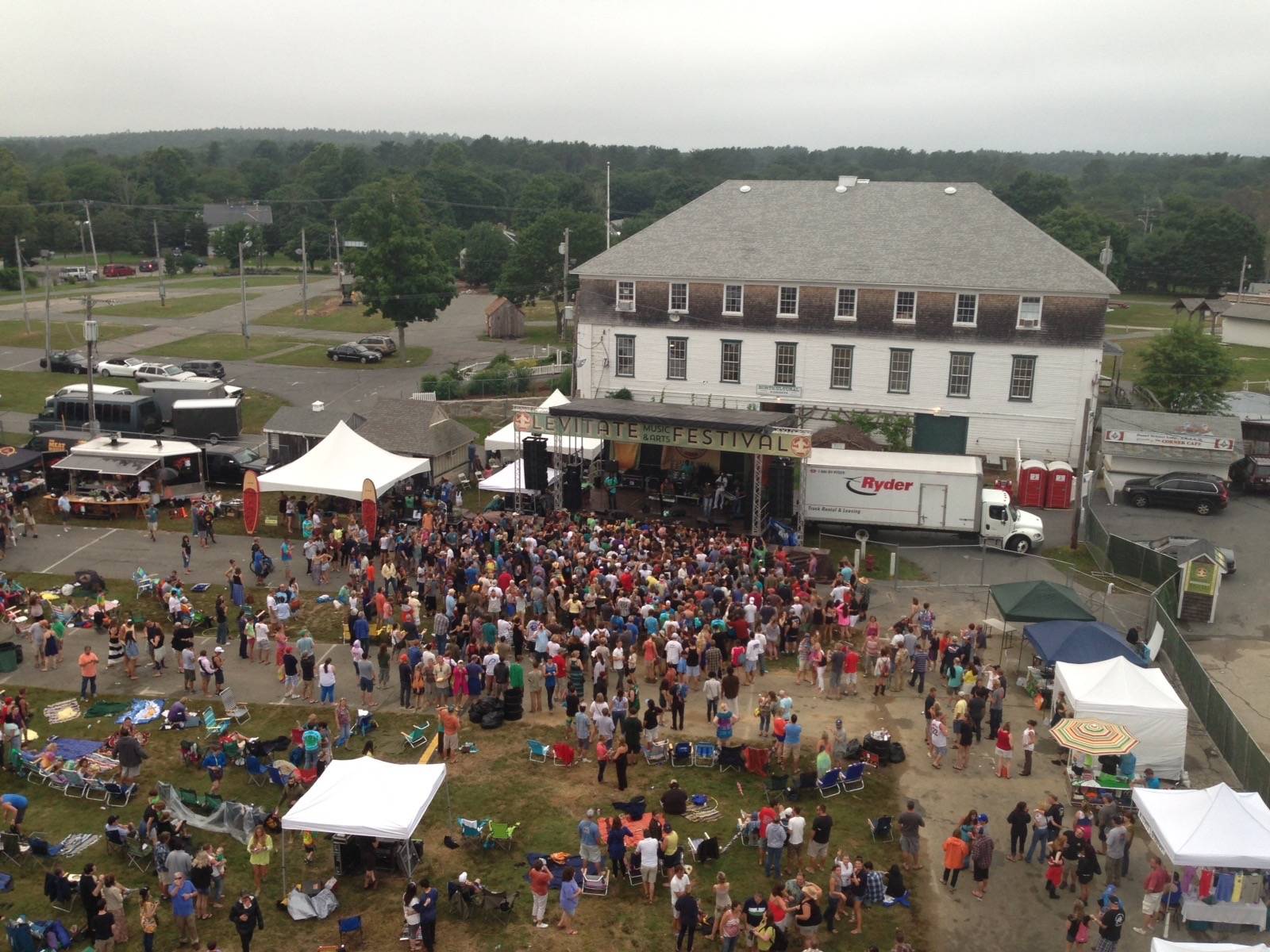 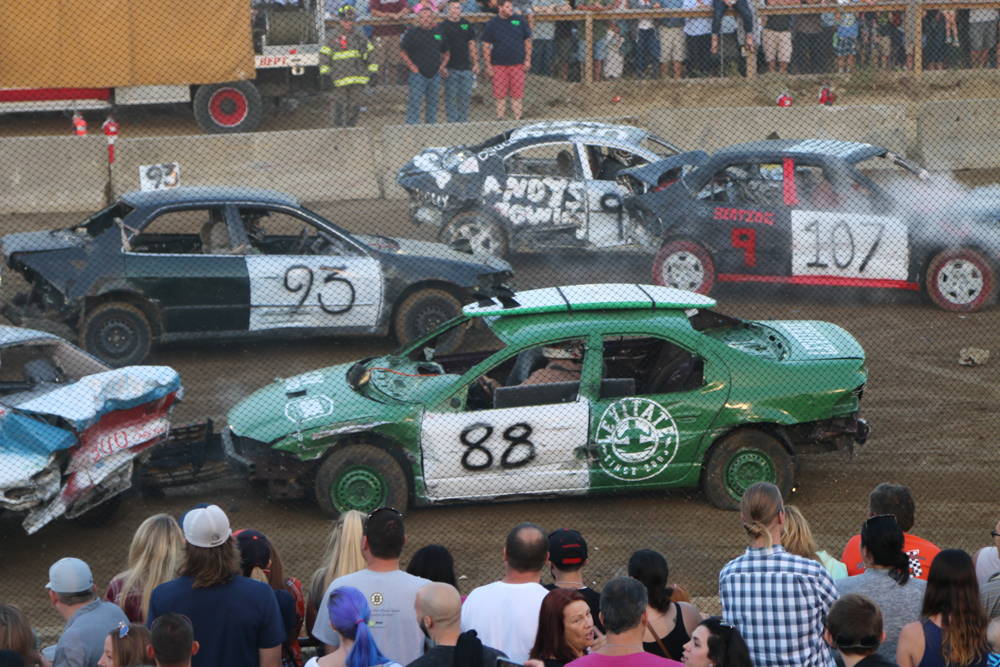 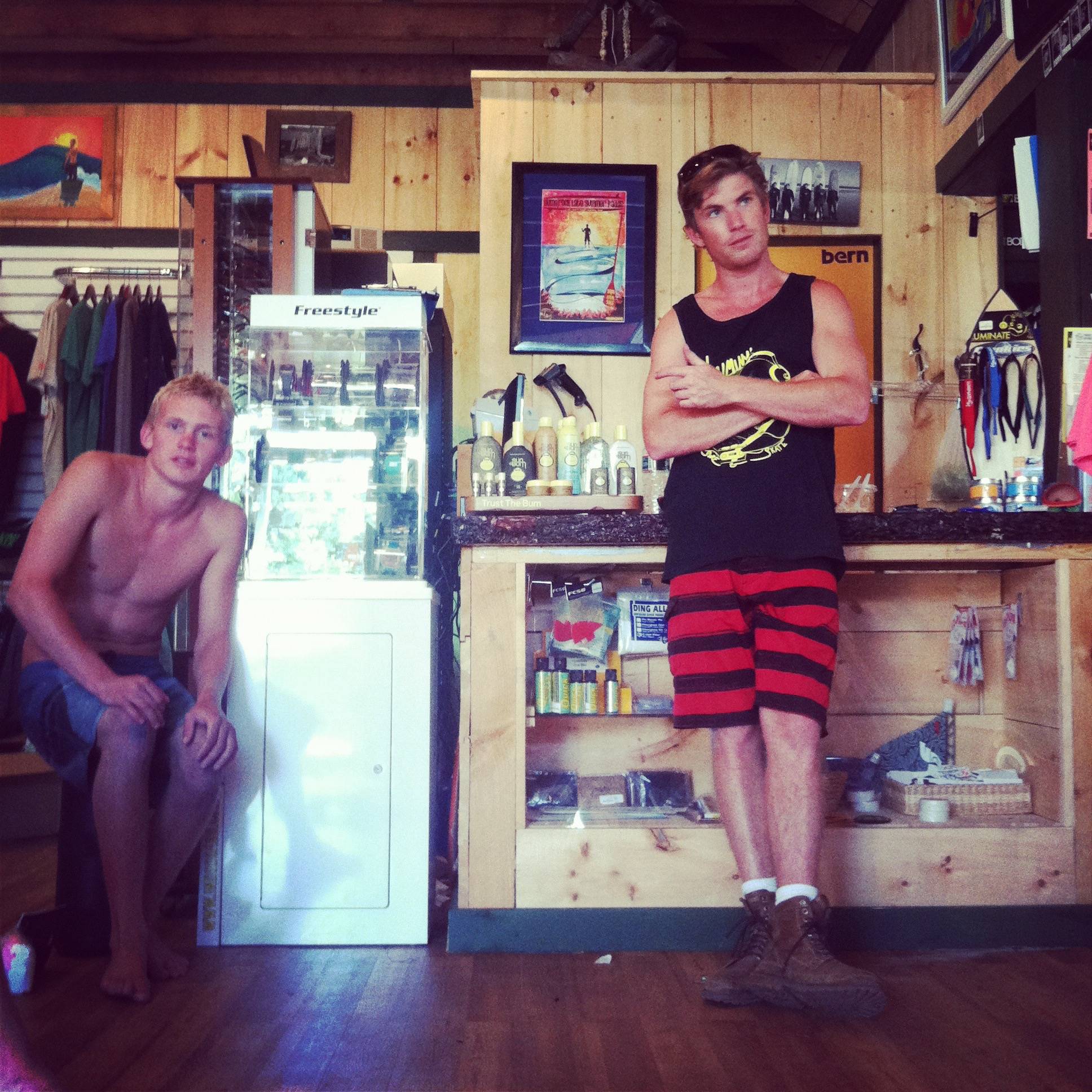 AFter Bob's passing, the shop was inherited by Dan hassett in 2007, who was one of bob's young mentees. Dan was just returning from college in Hawaii, and took the torch to continue to provide the community with surf and skate supplies and quality hangs. For coming years, Dan continued to operate the store through many bumps in the road, navigating copyright-based name changes (Luminate!), recessions, and full blown remodels.

The store continued to be a place where the surf/skate communities, and slowly, the entire south shore community at large, could congregate to share their stoke on surf, skate, music, and art. Dan, and his newlywed wife JEss, took on a litany of projects in the upcoming years: launching kids surf camps (2013), opening multiple new locations and popups, spearheading the remodel of the Uncle Bud Skatepark (2014), designing and developing Levitate apparel (2013), remodeling the shop (2015) and most importantly, launching the first Levitate music & arts festival in 2013.

to celebrate the 10 year anniversary of levitate, dan and jess decided to throw a "party" that would celebrate music, art, and the local community at the marshfield fairgrounds in july 2013. Lo and behold, a little over 500 people showed up, and the levitate music and arts festival quickly became the "first annual". Since 2013, the festival has continued to grow year by year, and still stands by its original ethos of celebrating both local and legendary music and art in our community. We are proud to bring world class music to marshfield, and are even more proud to host a family friendly, community based festival that is based in positivity and love. 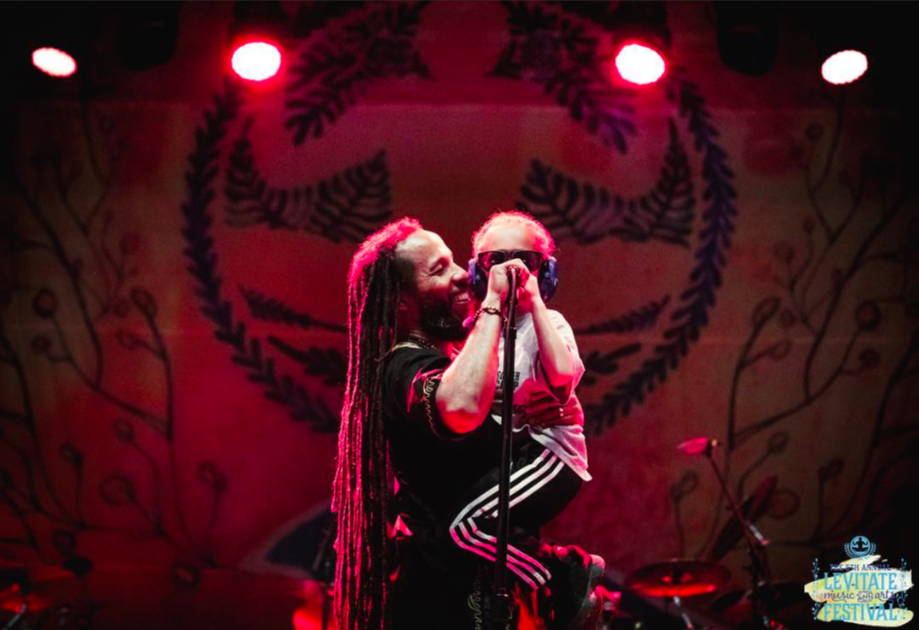 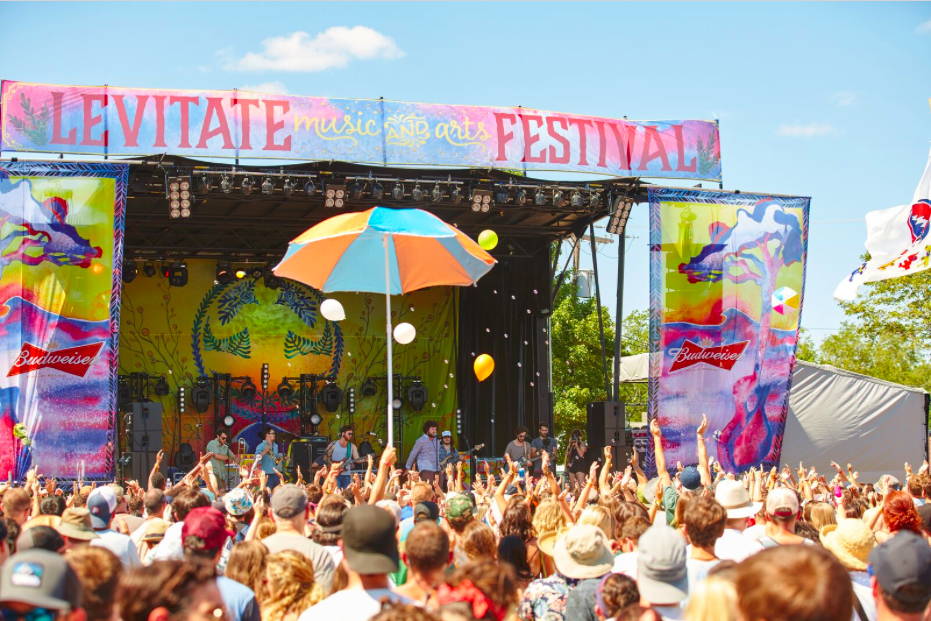 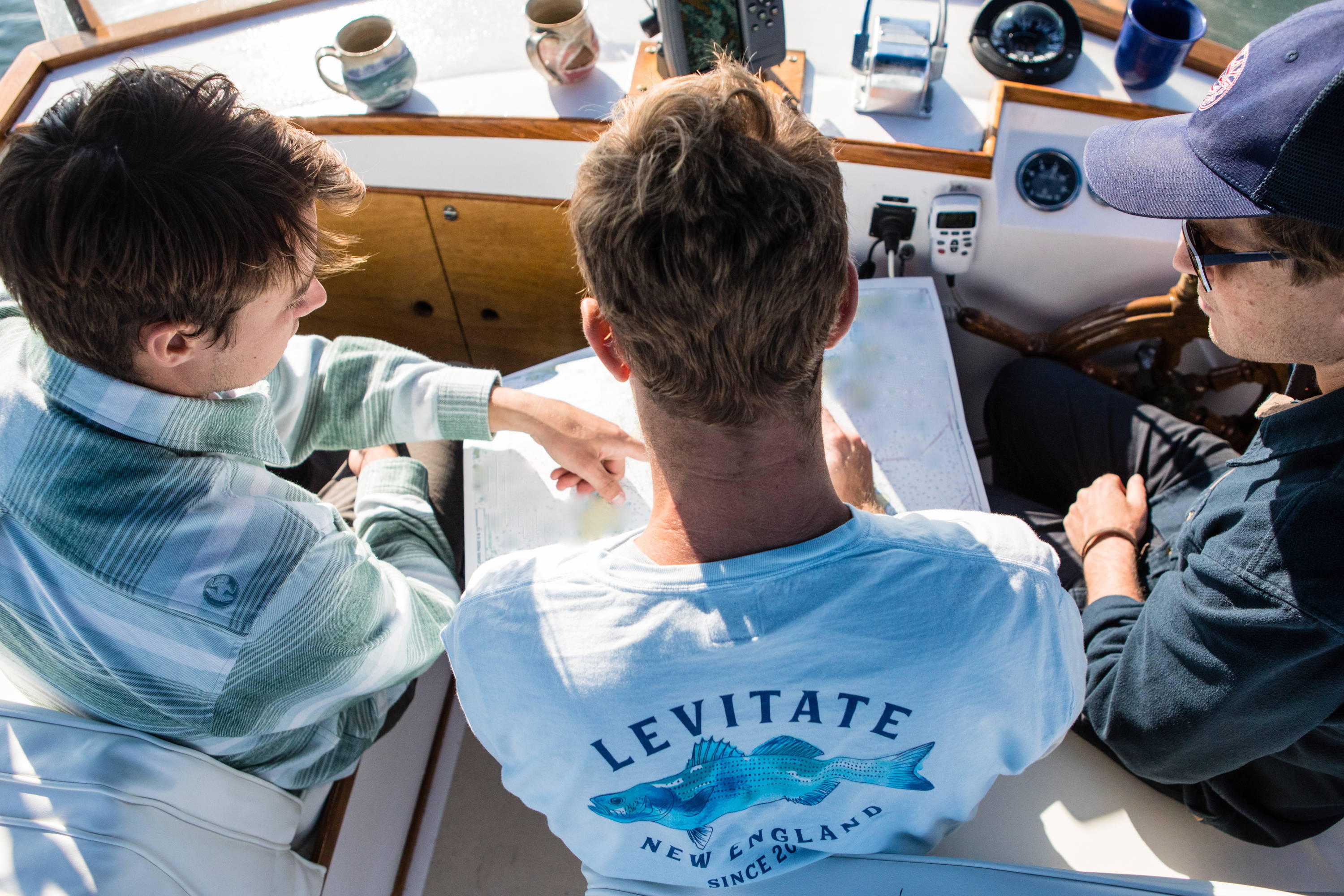 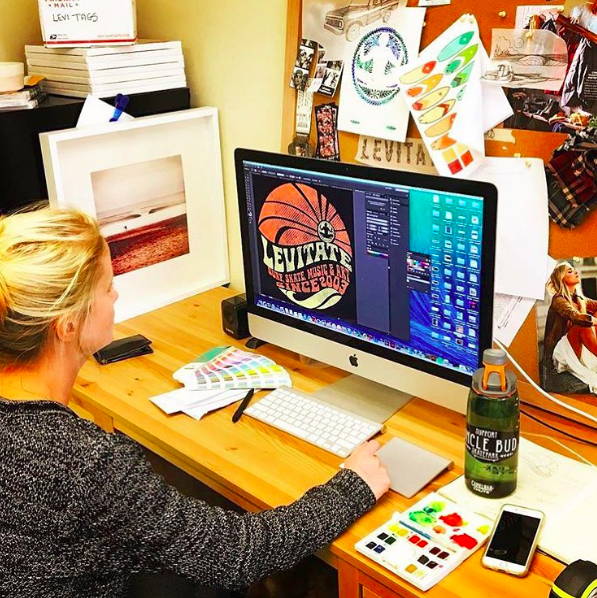 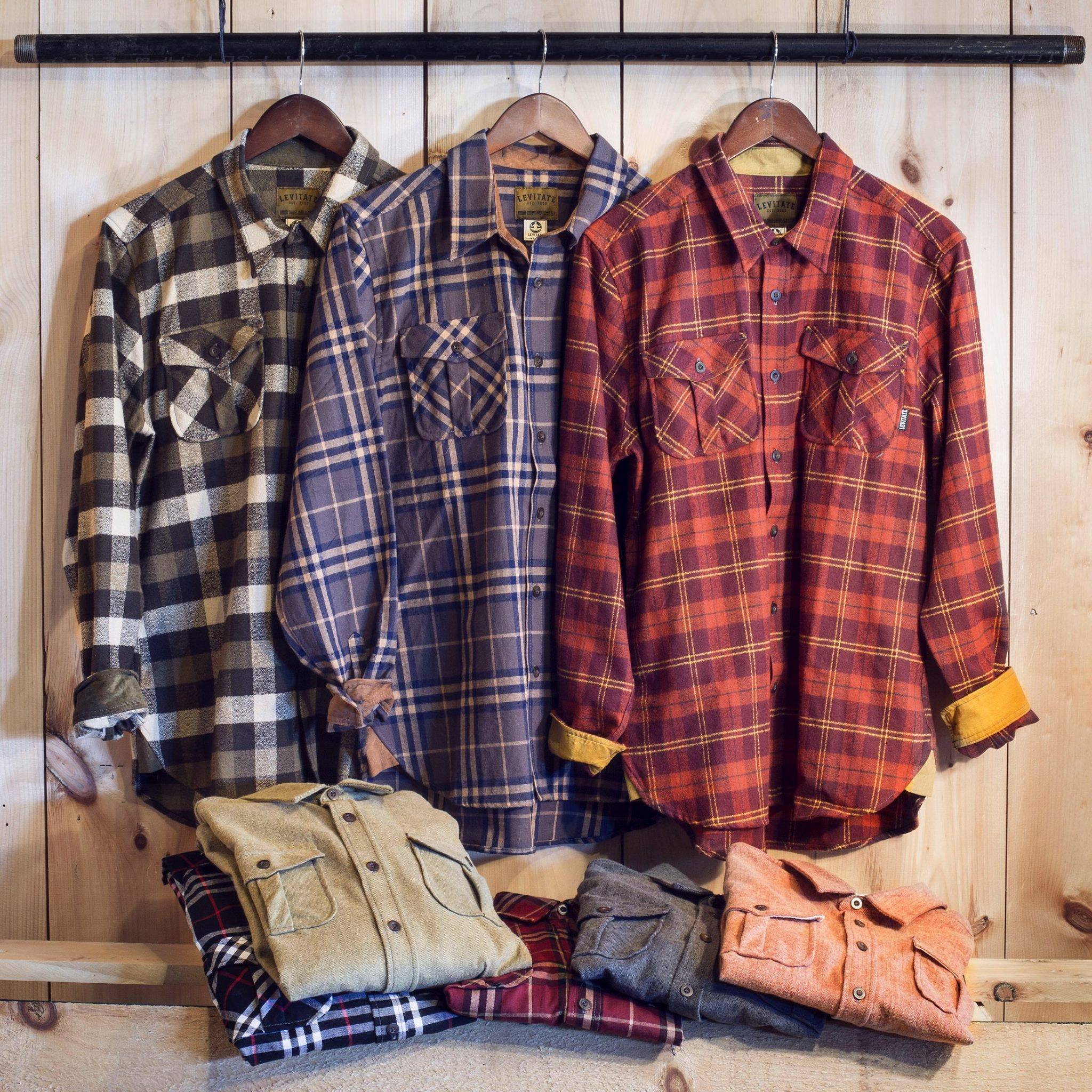 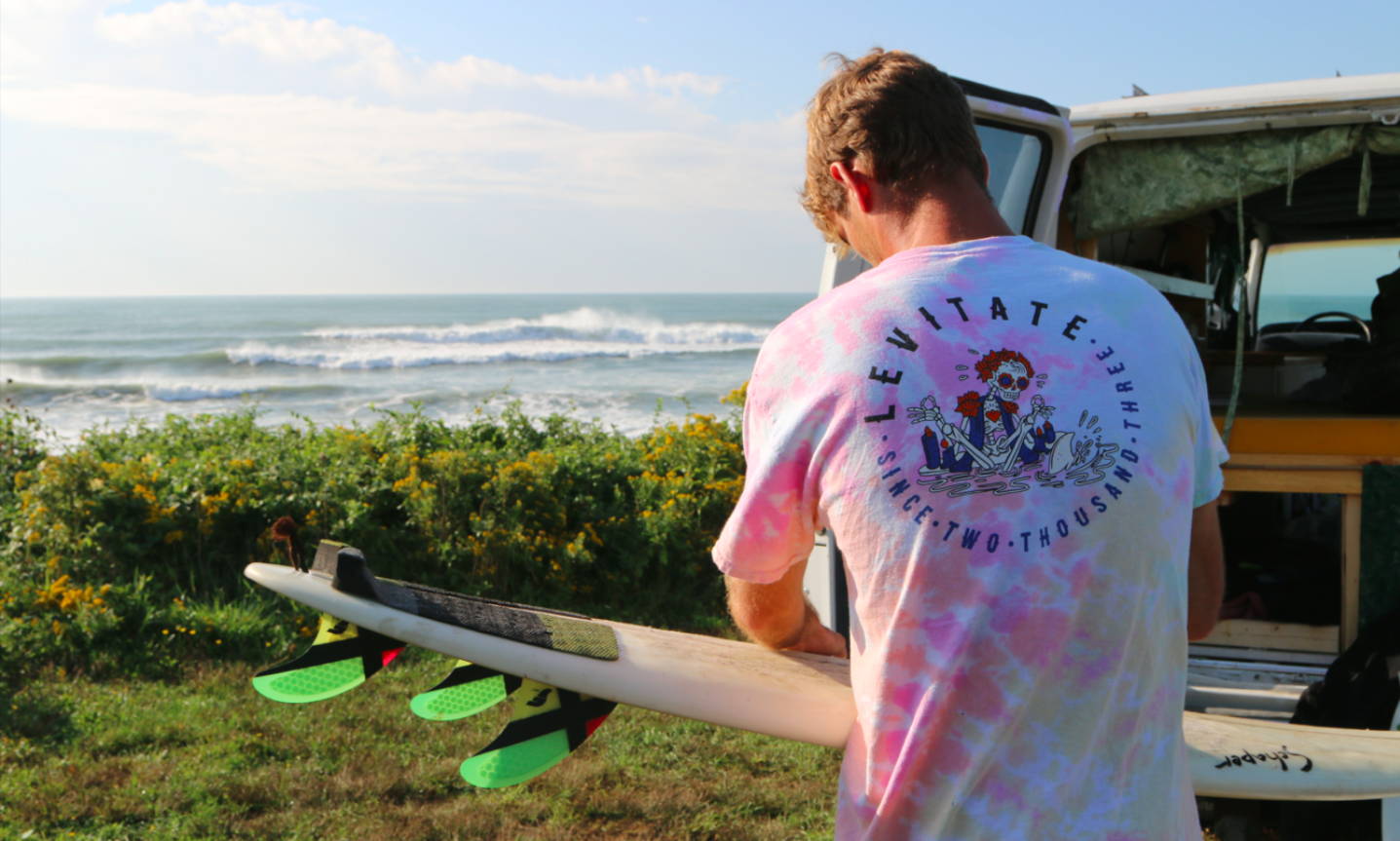 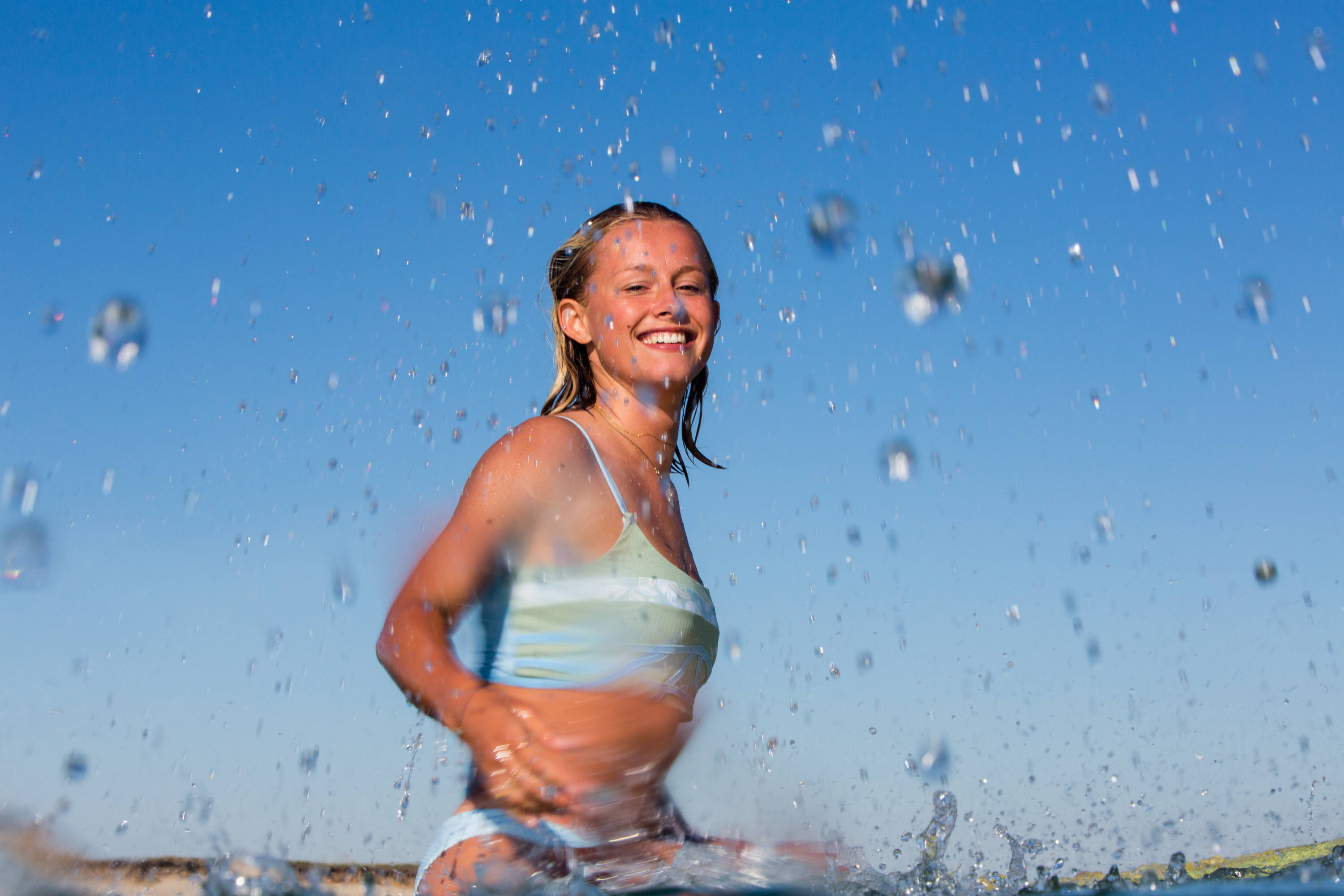 In 2013, Dan and jess started designing and producing men's flannel shirts with locally sourced flannel to meet the demand for New england weight flannels during the winter months. jess took lead on design, and dan dug in on sourcing and selling. each limited run of flannels continued to sell out, even as quantities grew, and that was when the dream of creating a full apparel brand began to be realized. our dream of creating an apparel line that is built for the modern new englander has quickly become a reality, and we take pride in producing products that represent our unique culture, terrain, and community.

in summer 2019, we finally realized our dream of completing the marshfield location into a fully fledged compound that truly represents our commitment to surf, skate, music, art, and food. The Levitate backyard is a 200 person music venue that features high quality local and national talent in ticketed shows, and the rexicana provides the tacos, margaritas, and hangs along with live music 7 days a week. Alongside with the original surf shop, the uncle bud skatepark, and our friends at slacktide coffee roasters, we feel like we have created an ecosystem for our community that brings people together to appreciate each other and our share passions. 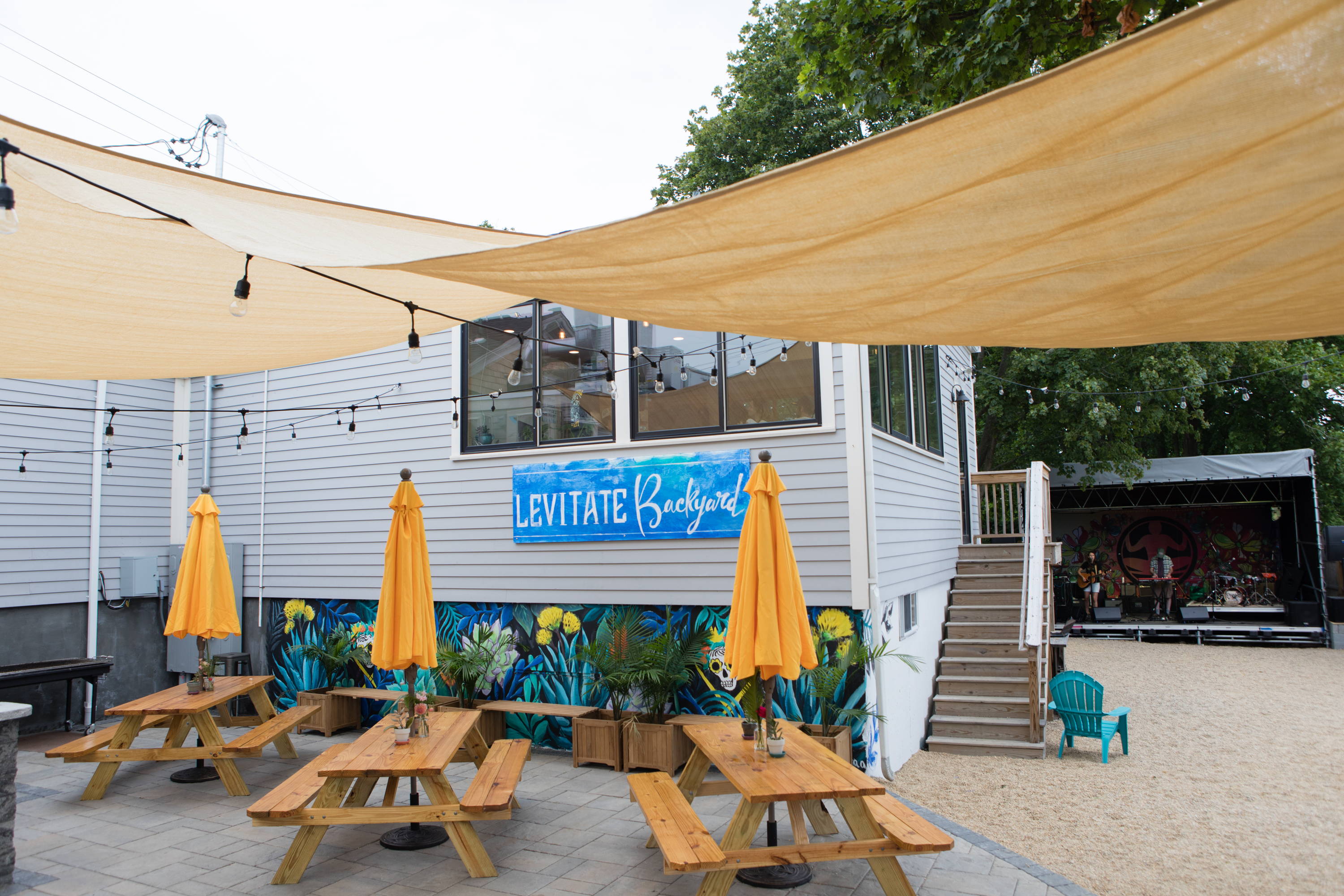 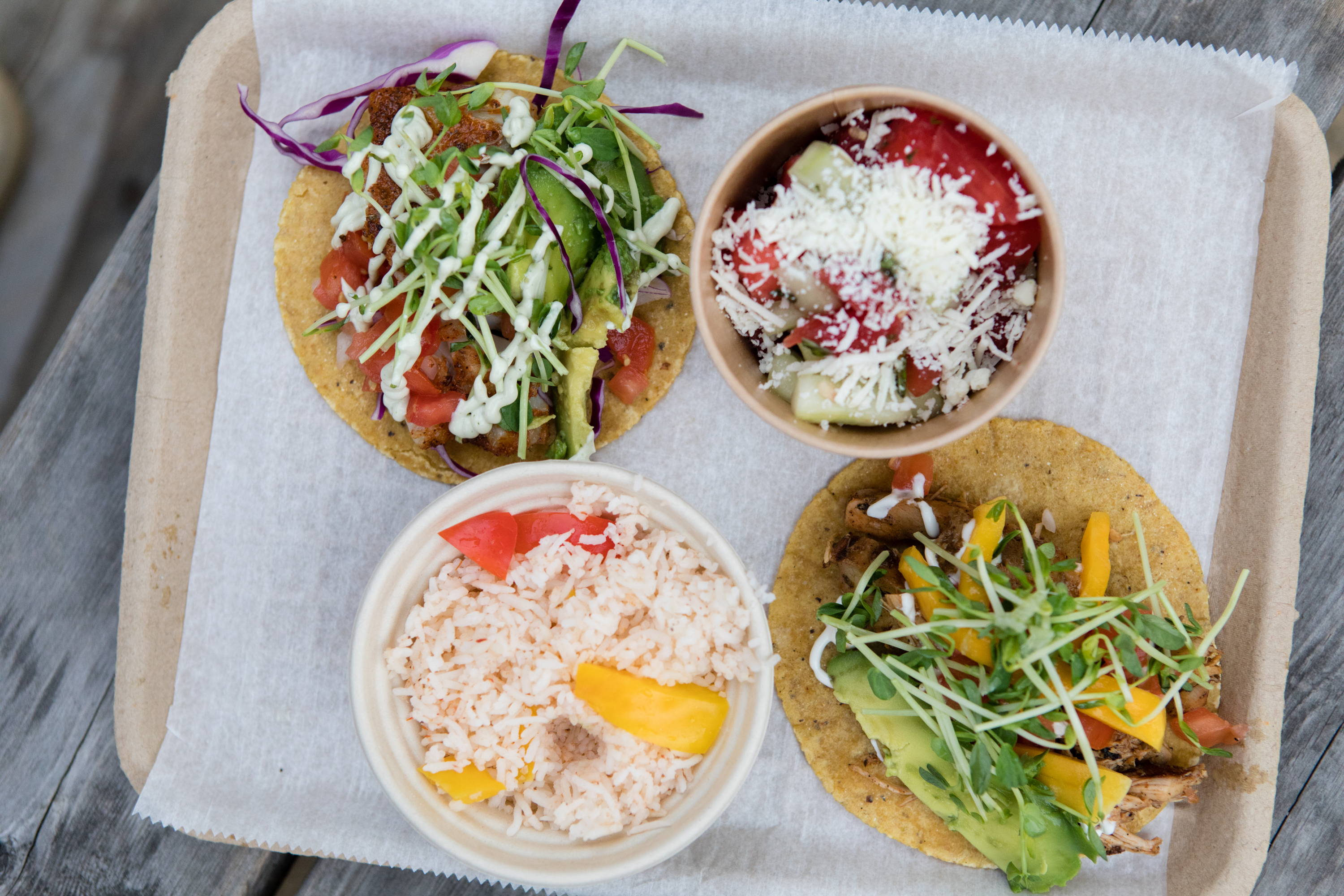 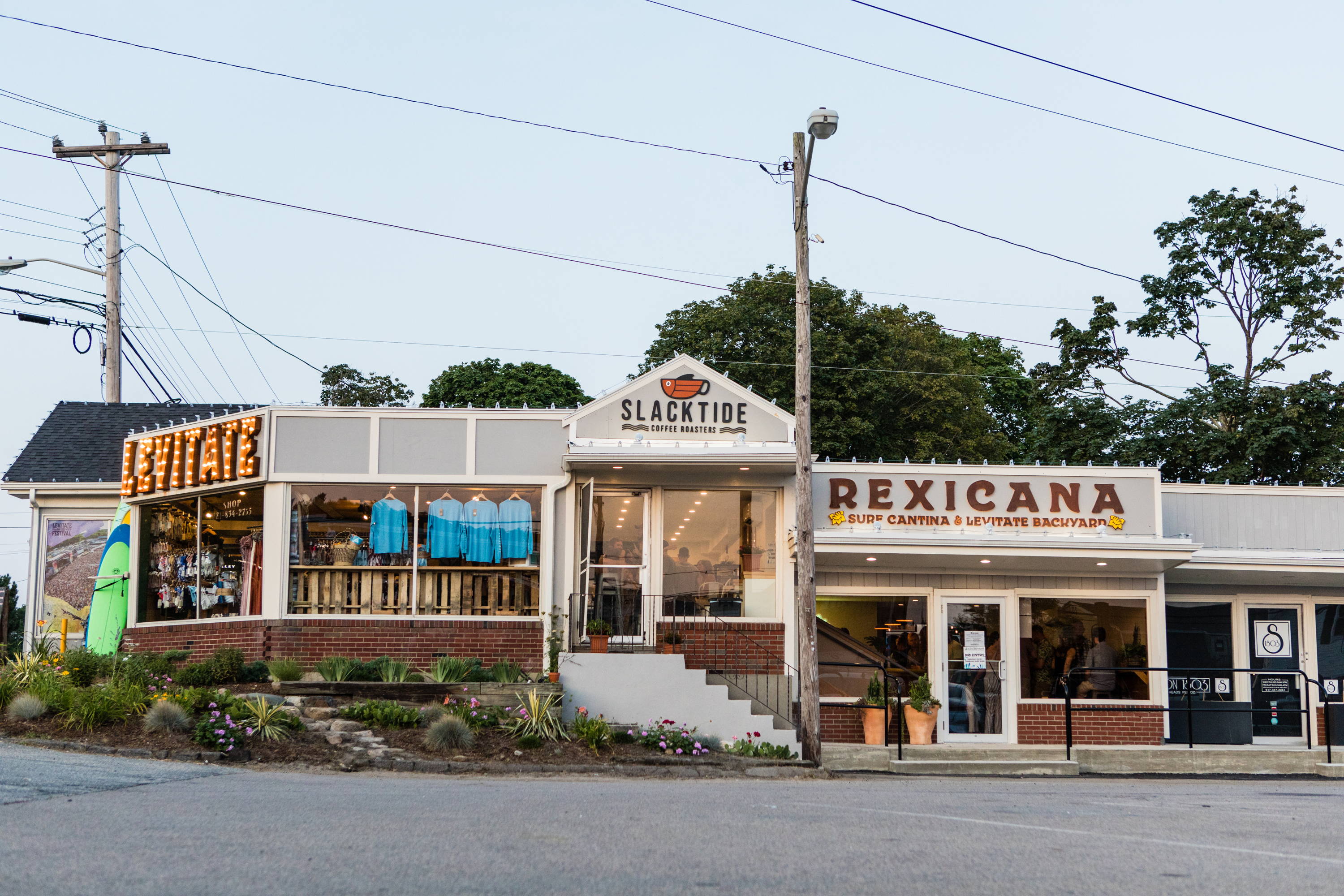 Today and the future

Sign up to stay in the loop on sales, events and more…